It’s always heartwarming to see any new article in the press about Friese-Greene(s), even if it’s in The Mail and the cause is baffling and the person at the centre of it petulantly blocked me on Twitter. Here it is.

A person who says they are a professional colourist posted on Twitter a sequence of London from “The Open Road”, made by Claude Friese-Greene in the 1920s using an early colour process. The tweeter added a piece of Ennio Morricone music but didn’t give any information as to the source of the images. The result? 3,630,000 views at the time of writing this. 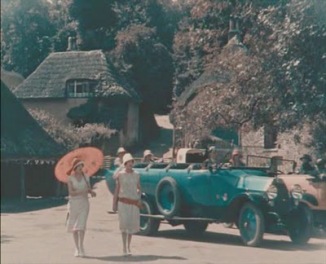 I am genuinely glad that so many people “discovered” this rather wonderful footage but would have been considerably more pleased if they’d discovered the name “Friese-Greene” at the same time. I’m also a bit bewildered because this material was “discovered” on Twitter just a few years ago when Kevin Spacey and Stephen Fry posted it and it went viral. It has also been “discovered” by millions on YouTube where it has resided for a decade now. Such are the mysteries of social media.

So, acknowledging that this is clearly something totally new to a lot of people, I thought it would be worth giving a bit of background.

As you hopefully know, if you’ve read this blog, William Friese-Greene was an inventor who did a great deal of work relating to moving pictures, creating a type of “movie” camera as far back as 1889, several years before the work of Edison and the Lumieres was seen. Along the way, he shot what is the oldest extant film of life in a London street, in King’s Road in 1891. 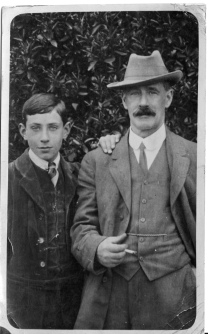 William and Claude: already in it together

William later went on to work obsessively on systems for motion pictures in colour, a project his eldest son Claude joined him in when only 14 years old. After the Great War, where Claude had been a pilot, he became a professional aerial cameraman and, following the death of his father in 1921, continued work on his colour process, leading to what you see here. This footage is from a series of travelogues called “The Open Road” that he filmed all around Britain in the period 1924-1926 with the hope of launching his system internationally.

It is a two-colour process, alternating frames of red and blue, hence the very distinctive and nostalgic tones. Similar processes did exist before the war. There was the popular Kinemacolor of Charles Urban and the lesser-known Biocolor of William Friese-Greene, while perhaps the earliest experimental colour film of London was shot in 1902! Although there were some Kinemacolor films of events in London, Claude’s film may be the first colour footage of everyday life in the city – and seems to be the earliest colour film that has survived.

Claude went on to become a leading British cinematographer, working at Elstree studios, before dying very suddenly in 1943 at the age of 45. He trained one of the greatest British cinematographers of all time – Jack Cardiff – who, strangely enough, would go on to shoot the film about Claude’s father, William: “The Magic Box”. 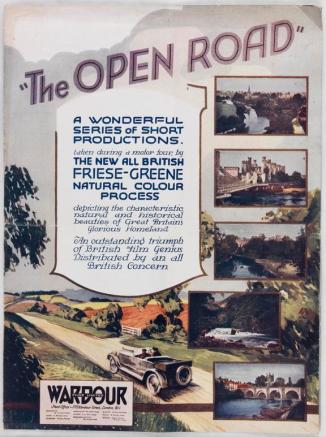 I have my own history with “The Open Road”. When I first heard of its existence in the 1990s I asked Luke McKernan, then at the National Film and Television Archive, to please dig out all he could about it. He came through with a lot of information – pages of entries in the indexes. It looked like they had the whole thing. Nonetheless, aside from Luke, the general attitude I heard was that it was just a big jumble of uninteresting stuff, which was tainted by the Friese-Greene name and thus not worth bothering about.

I found there were viewable safety copies of some parts of it and managed to see these. I was blown away. I somehow persuaded the NFTVA to loan me a couple of reels of it to show at the Bath Film Festival in 1995 when I did an entire afternoon/evening event dedicated to both Friese-Greenes. I managed to show them the footage of Bath that Claude had taken. As I anticipated, the audience was stunned at seeing colour images of their city from 70 years before. 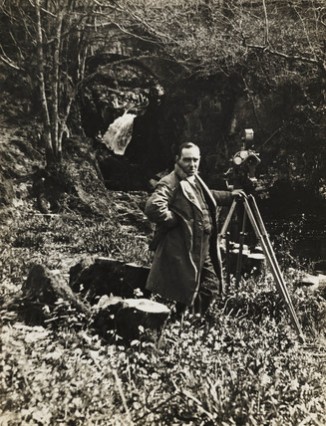 Inspired by this response, I wrote to Clyde Jeavons, then head of the NFTVA, with a proposal for how the material could be reworked into a television series, stressing the broad appeal it could have. Almost immediately there was…. no interest at all. Zilch.

However, over the years, there was a change of thinking in the archive, with more interest in seeing how it could reach a wider audience and – as a very underfunded organisation – monetise its holdings. After the great response that greeted the 2005 series “The Lost World of Mitchell and Kenyon” on the BBC – which brought a fund of film of fascinating social interest out of obscurity – people started looking around for what else there might be that could have broad appeal.

Somebody (I don’t know exactly who) recalled that there was all this footage of Britain in colour in the 1920s that had never been seen by the general public… And so it was that, a decade after I wrote to the NFTVA, Dan Cruickshank was presenting “The Lost World of Friese-Greene”, retracing Claude’s journey. The public response was great, and it even made it to Cannes. It was now described by the Director of the BFI as “a fantastic gem”. What a difference a decade makes.

Inspired by this, the BFI National Archive then found a better method of restoring the footage, using a digital intermediate process and issued the series of films on DVD: https://shop.bfi.org.uk/the-open-road-dvd-bluray.html#.W3fXT3PTXZ_ 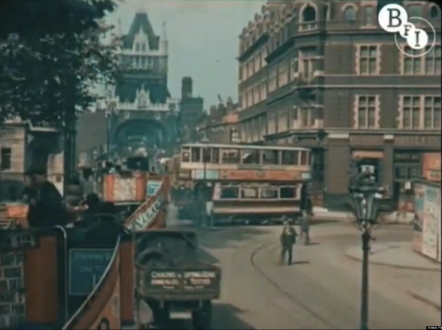 And that brings us up to this weekend, when a friend of mine forwarded me the tweet with the film of London, thinking I might not know about it. I retweeted it, adding that the original poster was a “cheeky sod” for putting it up without an explanation of where it came from. Apparently, despite 136,000 “likes” this was an absolutely intolerable offence and within 5 minutes I had received two huffy replies followed by him blocking me.

Presumably a Mail Online journalist scrolled their way across it and assumed that anything so many people had liked constituted news. Writing an article just required pulling stuff off social media. Easy. It also usefully fed into a narrative about how great everything was in Them Olden Days Before Immigration And That EU. Comments pointing out the prevalence of TB and unemployment in that era were furiously downvoted by readers.

But let’s put online insanity to one side for a moment. “The Open Road” was a flop in its time and Claude’s process was never used for anything else. How utterly unimaginable it would have been for him to conceive of millions around the world going crazy for these ignored images, almost a century later. 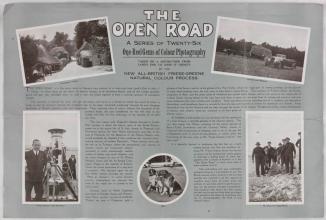